… thanks to Lobster, their supplier WMU can be one of the first to respond – shaving more than two-thirds off their internal EDI costs, at the same time!

“Without Lobster_data, we couldn’t go on”, explains Mark Poepperl, IT Manager at Weser Metall Umformtechnik (WMU). The company supplies all major automotive manufacturers, from BMW and Daimler to VW. When Volkswagen started using EDIFACT in 2014 (VDA4984 – GLOBAL DELFOR), their supplier also made the switch within three days, even before the official roll-out at VW began. “With our old system, this would have taken at least two months and would have been much more expensive”.

A quick and reliable partnership link is vital in surviving as a supplier in the automotive industry. That’s why Lobster_data guarantees flawless electronic data interchange (EDI) at WMU. In addition to EDIFACT, all the important industry standards, common protocols and over 10,000 templates for interfacing with ERP systems are included. Even more complex formats, such as ENGDAT, pose no problem for Lobster. As Mark proudly recalls, “in January 2013, we began working with Lobster_data, and a year on we’d already introduced 100 partner connections.

Chosen by VW as an IT pilot partner

WMU was among the first 100 suppliers that VW switched to EDIFACT – and it was the very first for Skoda. “At the time, we didn’t even incur any additional costs, because EDIFACT was included in the standard package”, Mark explains.

In the past, an external service provider had to be brought in to take care of data integration, whereas with Lobster_data, WMU’s IT department can do it all themselves. This gives the company more control over its data flows and allows them to monitor the entire transfer process. All processes can be viewed transparently via a centralised monitoring system. In the event of any disruption, such as technical transmission problems, Mark and his team can respond immediately and correct any issues.

Departments working on mapping together

To create mappings, IT staff need accurate information about operational processes. As Mark notes, “the big challenge is not about converting data, but rather generating data”.

This can be a tedious process, especially when external service providers are involved. “We had to explain certain matters over and over again, sending photos and writing countless emails until the consultants understood how our business processes worked”. For some mappings, WMU used to have to wait months.

With Lobster_data, employees working within Mark’s departments and teams can provide information directly at a process level. They’re the ones who know how the company’s operations are designed and where exactly the data comes from. “Communications take less time and we save a great deal of effort. Furthermore, we’re able to drastically reduce EDI costs”.

WMU exchanges data with manufacturers using the ENGDAT standard, mostly technical documents, such as 3D design drawings. These often consist of complex data structures and can quickly become very large in size. Lobster_data ensures smooth and safe transport. OFTP and OFTP2, on which the ENGDAT workflow is based, are also available as additional protocols. “Lobster_data guarantees us effortless ENGDAT integration. That’s what our customers appreciate”, explains Mark.

WMU covers all its internal data exchanges with Lobster via Enterprise Application Integration (or EAI). In addition to their SAP system, the supplier works with other applications to monitor production and collect mobile data, for example. Since these can’t interface with SAP, Lobster_data comes into play as a central hub, ensuring all the various systems can exchange data with one another automatically.

In terms of support, all customer queries are handled by technicians directly at Lobster DATA GmbH, where there are no detours or lengthy ticketing systems in place. “We’ve been working with Lobster for three years now and I’ve never waited more than three hours for a qualified response to an issue. I’ve never experienced that with any other providers before”, says Mark. “Furthermore, Lobster_data offers an extremely good price to performance ratio, compared with other competitors. We got lucky when moving to this software!”.

The automotive industry is undergoing constant change – new formats, such as EDIFACT, and protocols like OFTP2 are affecting both manufacturers and their suppliers alike. Lobster has developed its EDI software so that these companies can react flexibly and quickly at any time… and not just in the automotive industry. 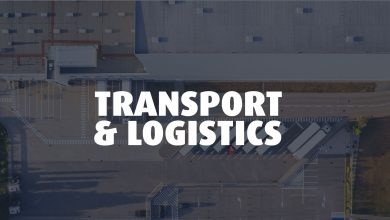 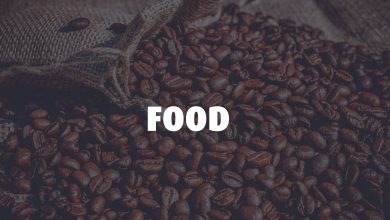